Three reasons why M4D may be bad for Development 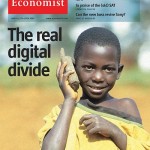 Fair warning, this post is a slightly intemperate and possibly ill-advised rant but sometimes you just have to get something off your chest if only to enable someone else to tell you how wrong you are. I have previously raised my “issue” with the theme of Mobiles for Development or M4D as it has come to be known, in the form of a twisted parable but it is still bugging me so I am going to say what’s on my mind a little more clearly. I hope to inspire some pushback and discussion. Here are three reasons why I think M4D may actually be bad for development.

1) Repeating the Lessons of History

Do you remember ICTs for Development in 1999? ICT4D in 1999 looked a lot like an Alexander McCall Smith novel in that there was a complete absence of cell phones. In 1999, we were still talking about modems and getting a good quality dial-up connection and even telecentres. I only woke up to the impact that mobile phones were having in about 2002 and then finally it became an official reality when, in March of 2005, the Economist announced that mobile phones were the real bridge to the digital divide. And how right they were. I don’t think even then they would have predicted how cheap and how powerful mobile phones would become.

However, it is worth trying to put technology in context. Let’s look at a little recent history. From an ICTs and development perspective, here are some things we didn’t talk about in:

Now of course some of you are thinking right now, hey, I was talking about technology Y in 20XX, and perhaps you were, but what I am referring to is the dominant dialogue in technology and development. As William Gibson famously said, “the future is already here, it is just unevenly distributed.”

So what can we learn from this? Just this, that the future is going to be a surprise and tying the notion of development to a particular mode of technology is as bad an idea now as it was in 1999.

2) Player, you are being played

Yes, that’s right Mr. mobile 4 development, I’ve got an app for that, incubator, mobile app challenge, startup, mobile entrepreneurship, etc.  You are being played by the mobile operators who “join forces” with development agencies to solve the critical problems facing Africa. Well, news flash, the critical issue around mobile technology is not an app, it is price. The cost of access is the real barrier to innovation. In fifteen years of explosive mobile growth in Africa prices have not come down substantially. Why? Because mobile operators through their de facto control of mobile spectrum and because of  the muddy position governments play as both investor and regulator, competition hasn’t bitten in most African countries, Kenya being a notable exception.

So when the foundation from a mobile operator or an aid agency subsidises the cost of access in an m4d project, are they doing it out of the goodness of their hearts?  Well, that is no doubt part of it but the real bonus is that providing subsidies reduces the pressure that people with influence might bring to bear for lower prices in the market. Fewer voices that speak out with indignation about the high cost of access combined with the high profits being made by the mobile operators. The poor have no voice on this. If they did they might say that reducing the price of voice and SMS was a bigger priority for them than mobile broadband right now.

Finally, it is worth pointing out that mobile operators do not have an economic model for rural broadband access for the poor.  LTE is not going to be economically viable for sparsely populated, poor, rural areas.  If that matters to you then we should be thinking about broadening the discussion a little.

If we have learned anything in the last three years, it is that monolithic, tightly linked industries are dangerous. They are dangerous because when they fail, they do so catastrophically. What we want is an ecology of technologies that will:

So while Africa is busy embracing its mobile future, the United States appears to be embracing its WiFi future. According to this Comscore report

“In August 2011, more than one third (37.2 percent) of U.S. digital traffic coming from mobile phones occurred via a WiFi connection. This percentage grew nearly 3 points in just the past three months.”

And here is what telecom giant AT&T have to say:

But I am not advocating WiFi for Development, I am saying we should be thinking and talking about the whole access ecology. By failing to do that we are likely to miss important new trends.

Now, before you mention it, yes, I fully admit that there is a healthy amount of self-interest in what I’m saying. As a WiFi startup social enterprise, Village Telco, is often excluded from “mobile” challenges.  But the reason I invest my time in Village Telco is because I believe all of the above.  Development agencies could do a great deal of good by investing in policy advocacy around competition and access ecologies.  Sadly it may be left to industry once again to figure this out as well.  Kudos to Google for hiring a policy team in Africa.