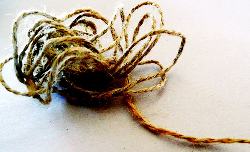 A surprise bonus for me was a donor round-table that I participated in.  Having been involved in “donor panels” before, my expectations were very low as donors are generally the last people you want to consult about what to do in development.  I suspect that people attend mostly because they want to sniff out which way the fickle donor wind is blowing.

Having said that the conversation did get interesting.  It re-awakened a conversation that Mark Surman had started and prompted me to think further about what philanthropy for a small foundation should look like.  In general I think it is true that most philanthropic institutions are more conservative than they intend to be and not as nimble as they imagine they are or they should be.

Philanthropy is a bit like business in reverse.  In business, you try to create value that people are willing to pay for.  No value, no payment.  In philanthropy, you make payments in the hope of creating value.  Sometimes this works but sometimes it is like trying to push a string.  If you have someone pulling on the other side, everything works fine but if not all you have is a pile of string i.e. funding and no change.  I have funded my share of projects that turned out to be piles of string.  So how do you ensure that the person / organisation on the other side is pulling as you are paying out string.  I sometimes envy bankers and venture capitalists.  There is always someone pulling the string.  People come to you and if they meet the criteria, they can borrow money.  The string is kept tight because the consequences of failure for either side keeps people honest.

With philanthropy, what is the consequence of failure?  If you are a good spin-doctor, quite possibly there are no consequences.  It is not that hard to exploit the fact that most donors (I am by no means exempt) quite naturally don’t like to acknowledge or admit failure.

When I joined the Shuttleworth Foundation about 10 months ago, I was quite excited about the prospect of being co-located with Mark Shuttleworth’s Venture Capital company (HBD Venture Capital).   I imagined this might be an opportunity to blend Venture Capital thinking with philanthropic thinking.  The reality was a little different than I imagined.  HBD have a great team of people but it became immediately evident that the values of HBD were quite different from the Foundation.  The mandate of HBD is to provide an impressive financial return on investment whereas the mandate of the Foundation is social transformation.  These don’t fit easily together, at least not in the obvious way I imagined they might.

Having said that, the rigour with which venture capitalists scrutinize their clients is something worth looking at.  We just need to move that rigour from a single bottom line to a triple bottom line. One idea we have thought about trying here is to have the Foundation staff pitch their development ideas to the HBD fund managers in a Dragon’s Den style in order to start opening up that discussion.

Philanthropy Has a Place Beyond Venture Capital

At the Foundation, one of the criteria we have for projects is the potential for “viral” growth.  The increasing connectedness of the world opens up the possibility for large scale impact, assuming you find the right recipe.  Part of finding the right recipe is trying stuff that banks and venture capitalists would never fund.  Giving a crazy idea a chance to become sufficiently mainstream in order to attract the attention of more conventional sources of funding.  Doing this requires a conscious decision to withstand the naysayers and conventional wisdom types who may argue, for example,  that openly licensed materials will never achieve the quality of commercial products.  Being consciously risky is a good place for philanthropy, at least for a foundation the size of this one.

The corollary to taking risks in philanthropy is recognising and dealing with projects that don’t succeed.  This week’s Economist has an article about technology start-ups facing the downturn which I think has a clue for philanthropists about how to deal with failing projects.  Have some rules!

Another useful strategy is to shed projects that are not central to a start-up’s business. Executives at Jive Software, which produces online collaboration tools for corporate clients, say it is now far better at scrapping initiatives that do not seem to be paying off. Once these have been placed on a “kill list”, there is no further discussion about them. In the past the lack of a formal process for canning ideas meant that many lived on, absorbing time and resources better spent elsewhere.

Have a formal process for killing ideas. Now that is a sensible idea.