More on the 1 Cent SMS

Problem solved. You’ll be happy to know that the cost of an SMS has come down to 1 US cent….. if you live in the Philippines.  But the news is even better.  According to this article, the price of SMSes in the Philippines is likely to drop to a tenth of a cent! 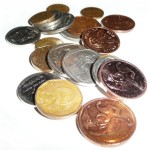 There are estimates that Philippinos send nearly a billion SMSes a day.  Apparently the networks are capable of handling this kind of load.  Even more amazing is the fact that mobile operators still manage to stay in business at those prices.  Or perhaps not so amazing as a billion SMSes a day at 1 cent is still USD 10 million dollars a day in SMS revenue in the Philippines… USD 3.65 billion dollars in a year.

Contrast this with South Africa where the average cost of an SMS is about 7.5 US cents.  In 2008, Vodacom sent 5 billion SMSes.  Let’s be generous and imagine all of those were full value SMSes.  That would make 375 million USD in revenue for Vodacom.  Vodacom have 55% of the market, let’s imagine the same kind of volume for the rest of the market.  That would give a total SMS revenue for South Africa of ~682 million USD in 2008.

Now, South Africa has about half of the population of the Philippines, so let’s double South Africa’s SMS revenue to put it in proportion, call it 1.4 billion USD.  What’s my point with all this matchbook arithmetic?  Simply that, in this imaginary equivalency, the Philippines makes nearly 3 times the revenue while charging less than 1/7 of the price.

This is the economics of abundance.  Drop the price of an SMS and make more money.  Sounds crazy doesn’t it?  Well, that is the tip of the iceberg when you consider the knock-on social benefits and economic potential of very cheap SMSes for all.