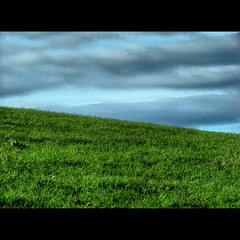 Not quite a level playing field.

Telecommunications markets are notoriously difficult to regulate effectively.  Telecom operators wield a great deal of power thanks to their wealth and the effectively hold they have on their markets whether through landlines or spectrum licenses and they don’t hesitate to use all means at their disposal to ensure that regulator doesn’t do anything to interfere with their market.

One way that they achieve this is by taking advantage of the regulator’s function of public consultation to provide extensively-researched legal and economic arguments that defend their interests.  On the face of it this is a perfectly reasonable proposition.  Telecom operators should have no less a voice than anyone else and obviously they have a responsibility to their shareholders.  The problem is that very often nobody is representing the public interest in these consultations.

Governments and regulators have attempted to level the playing field in various ways.  Most notable perhaps is the introduction of universal service obligations for operators to ensure a baseline of access for all citizens.  I will shock no one when I say that, on this continent, most universal service initiatives have not effectively realised their goal of balancing the affordable access playing field. Of all the mechanisms used to promote affordable access, Universal Service Funds have probably been the least effective.

But thanks to a chance conversation with Michael Geist, well-known Canadian champion of telecommunications and copyright law reform, I was reminded that in Canadian telecom regulation consultations, the costs of any intervener is paid for as long as they are:

(b) has participated in a responsible way; and

(c) has contributed to a better understanding of the issues by the [regulator].

These costs are born by the incumbent telecom operators and it means that NGOs, civil society organisations, consumer interest groups can afford the cost of research and legal advice to make well-informed submissions to the regulator. Here’s a link to the Rules of Procedure of the Canadian Radio and Telecommunications Commission (CRTC) which contain the relevant details.

I believe that introducing this kind of support for civil society participation in telecommunications regulation here in South Africa would lead to better outcomes.  It would open the door for research groups like ResearchICTAfrica, civil society groups like SANGONeT and the Association for Progressive Communications (APC), and consumer groups like the National Consumer Forum to effectively represent stakeholders that are currently rarely heard.  This would be a much more direct and effective use of universal service funds as opposed to say subsidising the cost of millions of television set top boxes.