Why Bill Gates is Wrong About Project Loon

When you’re dying of malaria, I suppose you’ll look up and see that balloon, and I’m not sure how it’ll help you. When a kid gets diarrhea, no, there’s no website that relieves that. Certainly I’m a huge believer in the digital revolution. And connecting up primary-health-care centers, connecting up schools, those are good things. But no, those are not, for the really low-income countries, unless you directly say we’re going to do something about malaria.

I’ve heard this sort of thing from folk in the international development world for years, mostly older folk still dictating their emails to their secretaries.  “Yeah, but how is this going to help the poor farmer in rural Tanzania?”  It is frankly surprising to hear it from it from Bill Gates.  Erik Hersman responded to Gates’ comments by pointing out two things:  1) that Gates is perpetuating a narrative about Africa which portrays Africans as helpless; and 2) that development is of course multi-dimensional and it is not an either-or question. 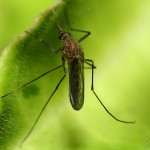 I agree with Erik on both points but I want to go farther in saying that Gates is just flat-out wrong.  Communication infrastructure has everything to do with Malaria according to this 2007 study on the “Role of information and communication networks in malaria survival“.  The researchers claim that up to 82% of all malaria episodes in sub-Saharan Africa are treated outside the formal health sector and that 70% of the malaria cases that are treated at home are mismanaged.  As a result, access to a resource or a person that can assist in diagnosis and treatment is key to reducing morbidity and mortality.

In a study carried out across 70 countries, the researchers found that intensity of communication infrastructure is strongly correlated with reduced probability of death from malaria.  They conclude by saying:

In preventing malaria, ICN [Information and Communication Networks] may not have a direct impact similar to malaria drugs but it can certainly increase the effectiveness of the intervention strategies and resources indirectly. ICN can speed up the delivery of services and provide access to crucial health information. Access to information and knowledge allows the community members to participate in opportunities and activities related to their own development.

This reinforces Erik’s point that constructing the argument as a choice of one or the other is disingenuous.  It also points out that basic communication infrastructure does in fact have a critical role to play in malaria prevention.  Note also that there is no direct causal line here.  No malaria hotline or mobile app.  No philanthropic initiative that can claim victory for their intervention, just access to communication infrastructure generally.

So what about Project Loon?  Is it going to revolutionise the world of connectivity?  I seriously doubt it.  That said, I also doubted YouTube and Twitter in their infancy.  Project Loon is a very high-risk idea, so risky its sounds a bit “loony”, a fact that is obviously not lost on the the project founders.  Is pursuing high risk projects like Project Loon a bad idea?  No, it is a pretty smart approach.  They are pursuing what Nassim Nicholas Taleb calls a barbell strategy which promotes a combination of investment in extremes kept separate, with avoidance of the middle.  Thus Google can continue to milk the ad revenue cow they have reared but also take chances on risky bets that have very high upsides if they succeed but low comparative cost to Google if they fail.

Finally, what appeals most to me about the role of communication infrastructure is that it ultimately promotes self-reliance, increased social capital, and local innovation.  Initiatives that focus on lowering the cost of access and making it more ubiquitous will indirectly (and perhaps directly) contribute to African countries shrugging off the vestiges of dependency they have on the largesse of plutocrats of any flavour.