Information and Communication Technologies for the Poor 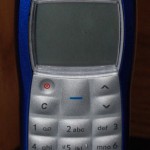 An ongoing conversation with a large foundation has inspired me to think more directly about what specific technologies stand the best chance of benefiting the poor.  Early on in the conversation, I made the point that “connectedness” alone actually counts for a lot.  Most people involved in information technologies over the last 10-15 years, whether in the developed or developing world, have at one time or another learned the hard lesson that “build it and they will come” is more the exception than the rule.  Yet mobile phones have proven a pretty reliable exception with the result that Africa, one of the poorest regions in the world,  is the fastest growing mobile market in the world.  A testament to the importance of being connected and to the power of simple voice communication.  So, I am prepared to say that simply driving down the cost of access and increasing ubiquity of access to voice communication is a worthwhile goal in development.  Mobile phones improve lives and livelihoods.  We know this.

We also know that in Africa access to voice telephony is overpriced and scarcest where people are poorest.  What can be done to drive down the cost of access?  Nokia and other handset manufacturers have made a point of trying to develop phones that are developing country friendly.  The Nokia 1100 handset was designed for developing countries.  After selling over 200 million units, it has become the best selling handset in the world.  As Ken Banks of Kiwanja.net points out in a recent PC World article, “they’re sturdy with a sealed keypad, have good battery life, the user interface is easy, and they’re cheap (originally selling for around $40 new, for example, but now available for easily half of that in second-hand markets)”.  Hard to beat.  Unfortunately that is just one link in the chain.

The real cost of access lies in the usage charges.  Granted, this is mitigated somewhat by the caller-pays system which is standard in the developing world and which often allows communications costs to be subsidized by those who can most afford the communication charges.  Yet this is not the solution.  The solution lies in increasing competition in the provision of access.  Improving policy and regulatory frameworks to allow more competition is essential to driving down the cost of access.  Equally important is driving down the cost of network infrastructure so that the cost of market entry opens up to more entrepreneurs.  This is more or less what the Village Telco is aimed at.  Solutions that support vendor lock-in and perpetuate the supply-chain of incumbent mobile networks are not going to solve the problem.

Voice is no longer enough

As Ken points out in his article, the Nokia 1100 and phones like them designed for the developing world have “no GPRS, no browser, no Java, no camera, no color screen — the very technologies that form the linchpin of our plans to promote the mobile phone as the tool to help close the digital divide.”   He goes on to make a plea to divert “international development funding toward providing a subsidized, fully Internet-ready handset for developing markets.”  I think this is a brilliant idea except for the word “subsidy”.  When donors provide subsidies to the private sector, somehow this doesn’t always turn into real benefits for the poor.  Underserviced area licenses are a great example of subsidy failure.

I can think of at two other ways of achieving this that I think stand a better chance of succeeding: 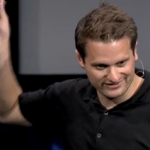 Some people will find this idea hard to digest and it does verge on the “build it and they will come” mantra but we know that people will come for voice and text services.  Let’s start by driving down the networks costs and then by adding building-block functionality for other services in order to allow innovation to happen.  As Nokia resarcher Jan Chipchase says in his excellent Ted Talk:

“However, we design this stuff, carefully design this stuff, the street will take it and will figure out ways to innovate.  As long as it meets base needs, the ability to transcend space and time for example.   It will innovate in ways we cannot anticipate in ways that despite our resources, they can do it better than us.  That’s my feeling.”

The more hackable a technology is, the more opportunity there is to tinker with it, to shape it to meet the needs of the user, the more innovation we are going to see in ICTs and development and the greater impact these technologies will have.