NextInformation and Communication Technologies for the Poor
All Things Open 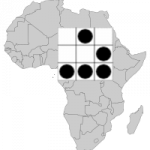 In my last post I wrote a bit about what kinds of information and communication technologies are needed by the poor.  I have also written about the importance of tinkering and tinkerable technologies as a catalyst for innovation.

My previous experience has led me to believe that tinkerable technologies like Linksys WRT routers running open firmware like OpenWRT can play an important role in spurring the development and deployment of appropriate connectivity solutions in developing countries.

The Linksys WRT54G and its successors are remarkable in that they surprisingly rugged and difficult to “brick“.  They can run on anything from 5 to 20 volts and have a surprising amount of processing power for a simple access point.  People have adapted these routers to become, among other things, small PBXes, firewalls, and traffic shaping tools.  With a little bit of effort these devices can be tuned to draw less power making them more suitable for use with solar power energy sources.

So for the last few years I have been quite taken with the idea of finding and re-purposing commodity information and communication technologies developed for wealthy, consumer markets and adapting them as appropriate communication infrastructure.  Now, however, my point of view has changed somewhat, partly as a result of meeting David Rowe and in particular in conversations with him and others at the Village Telco workshop. David pointed out that wonderful as the Linksys routers are, we put up with numerous constraints e.g. limited memory space, limited interfaces, higher than desired power consumption, lack of surge protection on some interfaces, non-ruggedised housings, etc. where perhaps we don’t have to.

This took a little mental digestion on my part and, at the time, I was reluctant to give up the beloved Linksys.  However as things turned out the workshop led us to look at other technologies such as the Ubiquiti Nanostation and even to the point of coming up with plans to design our own hardware, the Mesh Potato.

Until I met David, I would have said that designing and putting customised hardware into production was a beautiful idea but not very practical.  Indeed, at first glance the OLPC appears to be a direct cautionary tale about the dangers of trying to do just that.  However, David has already done it successfully on a small scale.  He has designed and put into production an embedded Asterisk IP PBX.  One of the things that is most interesting about his project is that, as a result of publishing the hardware design and schematics under an open license on the Internet, manufacturers in Shenzen found David, not the other way round!

I think we are at the confluence of a number of trends:

In addition, because Open Source firmware is becoming increasingly common and the community of developers is growing, this means that a lone developer such as David Rowe can develop a fully functional hardware PBX whereas in 1978 it would have taken 20 or more engineers.

I believe this means that it is conceivable for appropriate, useful communication hardware for poor communities to be designed and put into production on a small but sustainable scale by small groups of experts but not necessarily experts employed by Nokia, Intel, etc.  I think this opens the potential for innovation of new technologies for markets not currently served by large corporations.  Ideally, these innovations would then be picked up and improved upon by large corporations, a bit like what has happened with the OLPC.

With one significant difference.  The OLPC chose to patent the new technology it developed and use the revenue gained from licensing those patents to fund further development.  There is a case to be made for this strategy.  However, it does not appear to have helped them make friends with the likes of Intel, Microsoft, and others.  One cannot help but wonder whether a focus on core innovations needed in a developing country context and an Open Hardware approach might not have helped them partner more successfully.

It is interesting to note that Pixel Qi, the company spun off by former OLPC CTO Mary Lou Jepsen, are also basing their success on standardisation of manufacture.  This from their products page:

“Pixel Qi is a fabless ASIC company that specializes in screens.  The screen is just a big ASIC chip – we work closely with the large LCD factories.  The trick – we use their standard processes and materials and can produce new screens with radical new performance in about a year.  We are not a demo in a year,  but rather we can get all the way to high volume mass production in a year.”

Pixel Qi are licensing OLPC’s patents.  I wonder how many “Pixel Qi”s might exist if designs for that technology were published under an open license, open to contribution from universities and companies around the world interested in developing technology for the poor?  I’d sure like to find out.  Stand by for news of the Mesh Potato.