NextSo You Think You Can Innovate
Telecom PolicyTV White SpacesSpectrum 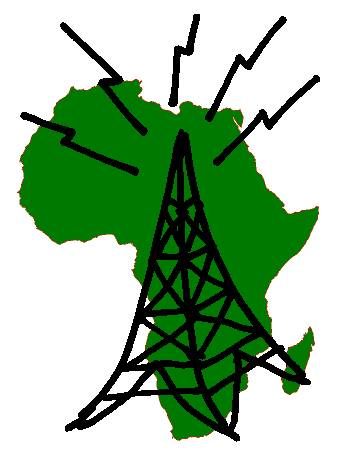 If you google “televisions white spaces”, you’ll see a small storm of news generated last week by the FCC’s finalising the rules for the use of television white spaces spectrum in the U.S. TV white spaces spectrum was first announced in Nov 2008 by the FCC but was bitterly protested broadcasters and wireless microphone manufacturers, among others that the devices would interfere with television broadcast and wireless microphone use alike.

So what are the television white spaces? Back when radio spectrum was first allocated for television broadcast in the early part of the 20th century, broadcast and broadcast reception technology was crude by today’s standards. In essence, broadband transmitters had to “shout” because the reception devices were a bit deaf. In order to cope with these loud services, regulators decided that gaps should be left in spectrum assignments as “guard” bands to prevent television signals from interfering with each other. These “guard” bands are also known as television white spaces because of the “white” noise signal that appears on a television in these unused bands. Aside: this makes sense but it really, really doesn’t resonate in South Africa where a call for “white spaces” just says all the wrong things. Sigh. Can’t we call them something else?

So anyway things have changed. Wireless technology has evolved a great deal and now devices can be designed that operate efficiently within these “guard” bands without interfering with television broadcast. The original idea was that the devices would be able to sense what television channels were in use and serendipitously use the empty “white spaces” wherever they were available.

The Nov 8 2008 policy decision has been hanging fire while the FCC have debated the various objections to white spaces spectrum use. On 23 Sep 2010 the FCC finally set down clear rules for white spaces operation. Instead of spectrum sensing, the FCC have decided that all television white spaces (TWS) devices must register online with a centrally managed database which tells TWS devices what spectrum they may use in the area that they are being activated. While this removes some of the serendipitous possibilities for innovation, it directly addresses the concerns of broadcasters that spectrum sensing technology was not sensitive enough to ensure an interference-free environment for broadcasters. The door was left open however for spectrum sensing in the future.

So why is TWS spectrum important?

So What Needs to Happen?

Blog about it. Tell your regulator. Tell some journalists. Tell your politicians. Bug Google and Microsoft who have been champions of this technology in the U.S. but mute about it in Africa. The Google Public Policy Blog trumpets this decision but no mention of it on the Google Africa Blog. <disclaimer>Sorry Google, I just want more from you on this continent. </disclaimer>

Right now manufacturers are gearing up for mass production of TWS devices. If we can put appropriate TWS regulation in place, we can seize the day as these devices become available.  Otherwise,  this opportunity will pass and mobile operators and broadcasters will lock down this space.