If I Had 50 Million Dollars 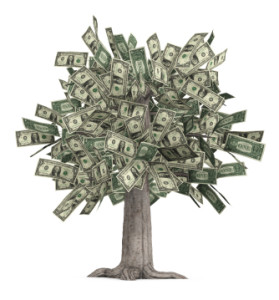 If I had any poetic talent, I would have done this in rhyming couplets set to the music of the Barenaked Ladies but sadly today you are left with my prose.  Hum along with me anyway.

On Saturday, in response to an increasing number of interactions around MAVC that I’ve had over the last few weeks, I tweeted the following:

Boy oh boy. Seems like everyone's got their hat out ready to catch money falling from the "Making All Voices Count" sky.

which garnered a few reactions.  Most interestingly @wayanvota issued a challenge to speak up and say just what was wrong with MAVC.  I was a little surprised by his reaction as I thought there were some fairly self-evident problems, mostly related to what happens when there is a large pot of money on the table.  It then occurred to me that perhaps this was perhaps not self-evident to all or perhaps even that I was simply jaded and cynical.  My first thought was to blog about the challenges that I think MAVC will face.  But frankly it’s easy to be a critic and anyone engaged in the field of philanthropy knows that it is hard, very hard indeed to do well.  If I had the time, I could pick holes in development initiatives all day.  Like shooting fish in a barrel but not as much fun.

So, perhaps more challenging, more constructive, and more fun would be to say, well *what would I do*. That is to say if someone said, here take this bag of 50 million dollars and go forth to create more open governance in the South.  A challenging prospect.  Achieving impact through the giving away of money is much more difficult than achieving impact in the private sector. Philanthropy lacks that marvellous feedback loop called the market which provides plenty of data for self-correction.  This doesn’t, as some suggest, make philanthropy bad. It just makes it more challenging.  So herewith my suggestion as to how to most effectively spend 50 million dollars on Open Government in the South.

My recipe is very simple.  I would pick 10 universities, one each in 10 countries in the South.  I would endow a chair for Cyber Law and Governance in each university for 10 years giving each university 5 million dollars.  That’s it.  Maybe I’d keep a million or two back to fund and facilitate networking among the universities but that’s it.  Here is my rationale:

My 2 cents or 50 million dollars as the case may be.