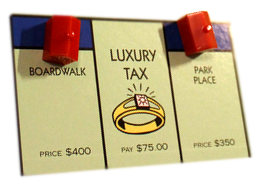 You may have seen a resurgence of news about “Net Neutrality” in the last few weeks.  This is because a US court recently ruled that the communications regulator (the Federal Communications Commission- FCC) doesn’t have the power to insist that Internet Service Providers (ISPs) operate according to anti-discrimination and anti-blocking rules that it set down in its Open Internet Order in 2010.  While this is not good news for advocates of Net Neutrality, it happened largely because of a strategic administrative error on the part of the FCC in terms of now to classify ISPs.  It is likely that the FCC will attempt to correct this error of classification in the near future.

In the flurry of news and blogging that followed this decision, one of the most interesting articles I read was by venture capitalist Fred Wilson of Union Square Ventures.  He wrote a post imagining VC Pitches In A Year Or Two with a non-neutral Internet.  In that future, anyone who tried to compete with the likes of Spotify, Youtube, Facebook, etc were doomed because they couldn’t afford to subsidize access to their Internet services in the way that the incumbents could.  It pictured a world where the small player just couldn’t get a foot in the door.

It’s a great post and worth the read.  I wanted to cry though when I read it because that possible digital future is our current wireless reality.  As a digital startup, I can spin up a server on a host of cloud platforms at extremely low cost and scale them as I need them.  The same infrastructure that drives giants like Netflix, drives little startups.  This is a world of infinite potential where you ability to create is limited only by your drive and imagination.  Not so in the wireless world where Fred’s dystopian future is already a reality.  Do you have a vision of competing with the likes of Vodafone, MTN, or Airtel to provide affordable access?  Good luck.  In the wireless world, everything comes down to access to wireless spectrum.  And around the world the political and administrative systems for making spectrum available to anyone except an existing wealthy elite are broken.

Today spectrum is a highly valued resource and the most legitimate way that economists and policy-makers can think of disposing of it is through spectrum auctions which now generate billions of dollars in revenue.  The Indian 2G spectrum auction finished today generating nearly ten billion US dollars in revenue for the Indian government.  So in order to become a player in the wireless world, you need millions if not billions of dollars.  It is like playing a game of Monopoly where only the two or three most lucrative spots on the board exist.  Not only is the game no fun any more, it’s not even a game.  It is virtually impossible for a small player to break into the market.  Even in cases where the regulator has created incentives within spectrum auctions to encourage new players, they rarely succeed.

In their book, Why Nations Fail, Daron Acemoglu and James Robinson argue the importance of upward mobility.  They illustrate case after case where open markets that nuture and encourage new players and allow them to grow thrive whereas those that allow an elite to sequester advantage and wealth ultimately fail.  They are not alone in this perspective. In Capitalism Redefined, Eric Beinhocker and Nick Hanauer argue that:

Capitalism’s great power in creating prosperity comes from the evolutionary way in which it encourages individuals to explore the almost infinite space of potential solutions to human problems and then scale up and propagate the ideas that work and scale down or discard those that don’t.

This is similar to Stewart Kaufman’s concept of the “adjacent possible” and also resonates with Nassim Nicholas Taleb’s idea of antifragility.  The bottom line is that if you don’t give the little guy a means of participating and growing,  you are both stifling growth and creating a system which does not fail gracefully.

So what to do?  Attempts to weight the wireless spectrum game in favour of the little guy tend to fail.  There is every indication that the game of access to spectrum is broken.  Except of course in the little bit of spectrum known as “unlicensed” spectrum or what is more popularly known as Wi-Fi.  I have written at length on the merits of WiFi and its incredible success but ultimately it is a very small amount of spectrum and limited in that respect.  However, the model of dynamic access to spectrum is a success worth building on and that is where “white spaces” spectrum comes in.  It is an attempt to build on the very successful model that has emerged in the unlicensed spectrum bands and expand them into other frequencies, most notably the UHF television frequencies.

Discussions about white spaces spectrum tend to focus on it being a more efficient use of spectrum or on the fact that UHF spectrum has better propagation characteristics.  Both fo those things are interesting and true but the real power of “white spaces” or dynamic approaches to spectrum regulation is the new entrepreneurial business models that could be built on the back of this approach; models that could re-open the wireless spectrum playing board to everyone.