In part one of this series on Spectrum 2.0, I highlighted just how complex radio spectrum management is and why experts can’t seem to agree on whether we are running out of spectrum or entering an age of abundance.   I finish by saying that the challenge around spectrum management is that still haven’t worked out a very satisfying means of deciding who gets what spectrum and for how long. So let’s look at the two success stories in wireless access: mobile networks and WiFi.  Those are now the two dominant end-user wireless access technologies in the world and they represent two very different models for accessing spectrum:  exclusively licensed versus unlicensed access to spectrum. 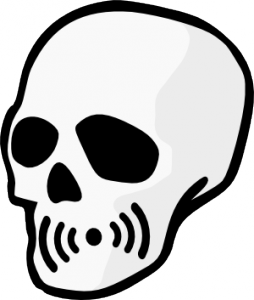 Exclusive licensing of spectrum is the model that has underpinned the success story of mobile telephony around the world.  Under this model operators are given access to large chunks of spectrum often on a national basis.  Licenses are long-term, typically 15 years, and are renewable.  The long period of the license and the exclusivity of use are the hallmarks of this model.  The advantage of this approach is that it guarantees that the operator’s communication technology will not suffer interference at the hands of other operators/technologies and it also provides a long time window for the operator to deploy their network increasing the likelihood of their becoming profitable. At the time when exclusive-use licenses were first granted for mobile networks in the early 90s in Africa, spectrum was deemed plentiful and exclusive spectrum licenses were typically granted at zero cost to the operator.  This made sense as no one was sure at what rate mobile networks might grow and certainly no one predicted the massive success that they became.  As mobile networks grew and investors saw how potentially profitable mobile networks in Africa could be, demand for spectrum increased and regulators began to struggle with the challenge of how to determine who should be awarded these now extremely valuable spectrum licenses. Even though there was no overall shortage of spectrum, the frequencies defined for GSM mobile use by the ITU and for which manufacturers produce equipment were limited to a few spectrum bands, which directly limited the number of spectrum licenses that could practically be awarded.  Since March of 2005 when The Economist trumpeted the impact that mobile networks were having in Africa, mobile has gone on to define access to communication in Africa in the popular press. 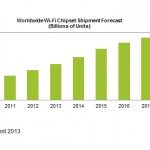 A very different but equally amazing success story is that of unlicensed spectrum use in the 2.4GHz and 5GHz bands, particularly WiFi communication.  From its humble beginning connecting laptops in cafes, hotels, and airports, WiFi access is now to be found in almost any commercial or public building not to mention its default use in the home as the end point of a broadband connection.  It is estimated that 2.14 billion WiFi chipsets will ship in 2013.  This figure is expected to grow to 3.7 billion in 2017.  We now see WiFi in smartphones, tablets, cameras, printers, even refrigerators and weigh scales.  It has become the default “last inch” technology.  Unexpectedly it has now grown to play a critical role in mobile networks as well as a means of offloading the burgeoning demand for data on mobile devices.  In countries, like the U.K., WiFi accounts for as much as 75% of all smartphone data traffic. Ironically, this has not happened as part of a strategic roll-out of WiFi infrastructure by operators.  WiFi infrastructure has largely grown organically through end-user purchasing of devices.  WiFi was dismissed as too unreliable to be considered serious communication infrastructure.  But it is hard to argue with the evidence.  75% of smartphone data travelling via WiFi is a statistic that demands attention.

Last year, when the ITU and UNESCO’s Broadband Commission launched their Broadband Report 2012, which purported to chart the future of access particularly in the developing world, I gave them a hard time about the fact that they completely ignored the success and role of unlicensed spectrum.  In this year’s report, they do a bit better and acknowledge not only the role of WiFi in mobile data offload but they also highlight some case studies of rural WiFi access and they acknowledge the potential of the latest frontier of unlicensed access, that of Television White Spaces spectrum.

However, lest anyone in the world of unlicensed spectrum get any ambitious ideas, Dr. Anne Bouverot, Director General of the GSMA, had this to say in the report:

The licensed use of spectrum, on an exclusive basis, is a time-tested approach for ensuring that spectrum users — including mobile operators — can deliver a high quality of service to consumers without interference. As mobile technologies have proliferated, demand for access to radio spectrum has intensified, generating considerable debate and advocacy for new approaches to spectrum management, including proposals for the use of TV ‘white spaces’ and other spectrum-sharing arrangements. While these innovations may find a viable niche in future, pursuit of these options today risks deflecting attention from the release of sufficient, licensed spectrum for mobile broadband [emphasis added].

What Dr Bouverot has to say is problematic on a couple of levels.  One, the fact that exclusive licensing has worked in the past is no indicator that it will be a successful strategy on its own in the future.  Exclusive-use spectrum licensing can, at best, offer a linear increase in spectrum availability but we know that estimates of demand growth are non-linear. Two,  it is disingenuous to depict unlicensed spectrum, such as “white spaces” technology, as something that might actually distract regulators from dealing with demand for licensed spectrum.  There is absolutely no reason for both strategies not to be pursued in parallel.   One only need read the Broadband Report to know that the mobile industry is in absolutely no danger of having attention deflected from its agenda.  Dr. Bouverot goes on to say:

The mobile industry is uniquely positioned to provide widespread broadband service to those who do not yet have it. Citizens around the world are just beginning to reap the true rewards of mobile. Proposals for experimental technologies and attempts to develop new business models risk obscuring the fact that licensed mobile services are the most viable, scalable and best-established model for extending broadband to citizens. Exclusively licensed spectrum for mobile is delivering on the goal of access for everyone, where other technologies fall short, and is providing direct employment and increasing productivity across many sectors. By following best practices in spectrum management, based on proven outcomes, governments around the world will secure a bright future for their citizens through mobile broadband.[emphasis added]

Once again there is a basic assumption that what has worked previously will work in a future where the demand landscape has changed dramatically.  More to the point however is Dr. Bouverot’s claim that mobile operators are best place to provide broadband to those who don’t have it.  If you look at a typical MNOs coverage map in sub-Saharan Africa, you will see that urban centres are generally well-served with 3G and, in some cases, 4G services.  Major roads will typically have GPRS/EDGE services.  The people who aren’t being served are those in sparsely populated rural areas.  The reason they aren’t being served is that MNOs don’t have an economic model for service provision there.  The CAPEX / OPEX models don’t stretch into these areas.  However, there are examples of more nimble local approaches that could offer a more sustainable model for rural access.  These new approaches do not detract from a licensed spectrum approach. They can be explored together.

So What’s The Answer?

Current debates around licensed versus unlicensed spectrum approaches remind me of where the debate on digital intellectual property rights were 12 years ago.  You had a choice between making something open, under a completely open license, or opting for the more closed regime of traditional copyright.  Advocates argued zealously on either side and there didn’t appear to be much middle ground.  We see something similar today with licensed and unlicensed spectrum approaches.

What changed with copyright was the arrival of the Creative Commons as a movement which sort to define a range of options when it comes to copyright.  They were able to break down the element of copyright e.g. right to modify, right to be attributed, etc into understandable chunks and allow people to choose from a palette of rights to decide how to protect their work.  This offered a great deal more flexibility for creators and opened up new avenues for both sharing and business creation.

What we need now is a kind of Creative Commons for spectrum management that establishes a palette of options for how spectrum might be managed ranging from mono-ownership, exclusive rights to spectrum to unlicensed use.  There are numerous ideas that are being explored from geo-location database-driven approaches with ‘white spaces’ technology to lite-licensing to licensed shared access such as is being explored in the European Union.