Spectrum and the Paradox of the ITU

The International Telecommunications Union (ITU) is a paradox.  It is simultaneously an enabler and an obstacle to progress when it comes to radio spectrum. Formed in the late 19th century, one of the ITU’s key roles over time has been a seemingly simple one, to ensure that users of radio spectrum don’t interfere with each other in harmful ways.  The origins of this trace all the way back to the time of the Titanic where the importance of standards and non-interference for maritime distress signalling was made plain.  And that role carries on to this day where the ITU plays an essential role in ensuring that radio spectrum for critical functions like navigation, early warning systems, weather forecasting, etc are safe from interference. 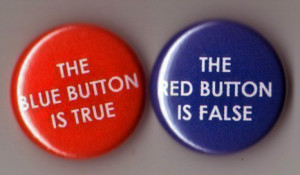 Given that the demand for spectrum has increased and that globalisation has increased the demand for devices that work anywhere, should we now be providing more resources than ever to the ITU to carry out its critical function of coordination and harmonisation of spectrum regimes?  Yes, and no.

As things currently stand, global spectrum allocation is a bit of a dog’s breakfast. By the middle of the 20th century, the interests of different regions in the world had diverged to the point where [big] countries were failing to agree on common usages for some ranges of spectrum. In 1947, this led to a carving up of the world into three global spectrum regions, roughly divided up by continents.  Region One covers Europe and Africa, Region Two covers the Americas and Region Three Asia and Australia.  Each region has its own spectrum allocation regime.

Unfortunately, what was a practical solution in the mid-twentieth century turned out to be a challenge in the globalised 21st century. These days, technology developed for one part of the world often will not work or may actually be illegal in another part of the world. The harmonisation of spectrum use is an ongoing challenge for the ITU.  As competition for spectrum increases, there is a race by telecommunications operators to secure any available chunks of spectrum they can.  While this is happening, the ITU is trying to harmonise the use of spectrum bands across the planet.  It is a bit like trying to fix your car’s engine while driving it.

Spectrum harmonisation is key because equipment and device manufacturers can’t afford to mass produce technologies to fit a wide variety of spectrum bands.  Right now there are 44 LTE spectrum bands.  That presents a huge challenge to manufacturers wanting to serve the LTE marketplace.  They have to guess what the popular bands will be and even there will likely be regional preferences.

At least in theory, the ITU is the correct place for spectrum harmonisation to happen.  The set of radio regulations developed at the ITU are governed by an international treaty which is legally binding on member states.  These regulations are renegotiated every 4-5 years at the World Radiocommunications Conference.  It is also true however that every country has sovereignty over their own spectrum which means they have the liberty to do what they want with their spectrum as long as it doesn’t cause interference for their neighbours.  In practice, most countries follow the ITU recommendations pretty closely for their region.

Where there is money, there is influence and because telecommunications is a multi-trillion dollar industry, corporate influence is a significant factor at the ITU.  Ostensibly the ITU is a neutral broker between government and industry but industry is often better resourced than governments at the ITU and can afford to invest a great deal in influencing the outcome because of the lucrative market that telecommunications has become.  For many governments, the separation between industry and government can be quite fuzzy thanks to state investment in telecommunications operators.  What is often lost at the ITU is the public interest.  This is due to the fact that the ITU hasn’t been organised to ensure that civil society has an empowered voice in its deliberations.

But the ITU isn’t the only place where spectrum standards are negotiated.  The 3rd Generation Partnership Project (3GPP) is a coalition of telecommunications standard development organizations who are responsible for developing standards and specifications for key mobile technologies, including GSM, 3G, and LTE.  The 3GPP has a huge influence on the ITU where its standards are usually adopted. The 3GPP is no stranger to corporate influence either.  In the auctioning off of the 700MHz band in the United States, AT&T were able to use the 3GPP to balkanize the assignment of the spectrum to the detriment of their competitors.

The 3GPP is not the only other important wireless standards body. There’s also the 3GPP2 which deals with the CDMA generation of wireless mobile technologies.  And there is the Institute of Electrical and Electronics Engineers (IEEE) which is responsible, among other things, for the range of standards in the unlicensed spectrum bands including WiFi, bluetooth, and many others.  It is worth noting that the lighter weight processes of the IEEE have allow WiFi standards to evolve rapidly and responsively to the point where a comparatively small amount of spectrum available to WiFi now carries the majority of smartphone data around the world.

Thanks to its multilateral nature, every country member of the ITU has one vote.  These means that Djibouti has the same voting power as China.  This might explain why the ITU has an entire division devoted to building the capacity of developing countries to participate effectively in the ITU.  The ITU has four permanent regional offices in Africa.  One might see this as a positive pro-active development approach or perhaps more cynically as a means of encouraging compliance among developing nations.

Interestingly the last World Radiocommunication Conference in 2012 was the first time that African and Arab countries acted independently to influence the outcome.  African and Arab countries voted to prioritise the release of the 700MHz spectrum band over the 800MHz band in spite of a European agenda to do the opposite.  Perhaps this is a sign of African countries beginning to assert themselves more in these discussions.  Time will tell.

Like any large bureaucracy, the ITU is slow-moving and inherently resistant to change.  The overlapping layers of departments, working groups, etc make for a complex environment that generates its own politics in terms of power, access to resource, influence, etc.  Prior to the growth of mobile telecoms and the Internet, the ITU could get away with its lethargic pace of change.  However, in the fast-moving technological world we now inhabit, we can see the ITU struggling to maintain its relevance.  The ITU’s foray in 2012 into the realm of Internet governance is an example of this.

The cumbersome nature of the ITU combined with the somewhat unbalanced playing field that it represents makes the ITU a less than perfect organisation to deal with mounting pressure to make more spectrum available and to make more efficient use of spectrum.  For better or worse most developing countries wait to follow the ITU’s lead on spectrum policy.  This has resulted in things like the slow-moving train wreck that is the switchover to Digital Terrestrial Television in Africa.

Dynamic Spectrum To the Rescue?

So what’s the answer?  Reform the ITU?  Yes, although that is a process that will likely take years.  Another answer might lie in the changing nature of communication technology landscape.  In the struggle for spectrum efficiency the biggest potential gains lie in reducing the cell-size of wireless deployments allowing for huge gains in efficiency.  Smaller cells mean lower power deployments and lower power means fewer worries about interference.  Dynamic spectrum approaches that can assign spectrum use on the fly and negotiate power levels and interference automatically may offer an opportunity to devolve responsibility  for spectrum allocation and assignment to smart technologies.  TV White Spaces spectrum is the first instance of this but it is an approach that could be applied to any set of frequencies.  The ITU can carry on its important work of protecting spectrum for critical functions while allowing a certain amount of self-organisation to happen in designated spectrum ranges.  If successful, dynamic spectrum allocation may end up simplifying the job of the ITU by allowing more self-organisation.  At the moment we don’t know how far or how fast dynamic spectrum technologies will evolve but they may offer the only real hope for effective spectrum management in the future.

In the mean time we need fora for discussing spectrum management that prioritises the public interest and engages civil society in a meaningful way.